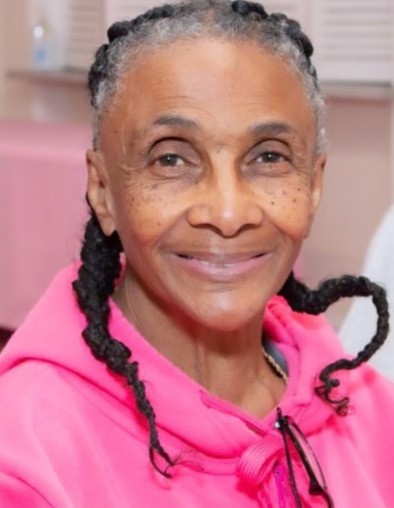 Adams announces the passing of Ms. Dianna Black, 74, who transitioned on Saturday, June 12, 2021.

Evangelist Dianna Black was born July 23, 1946, to the late Corrine ad Johnathan Black, but was reared by a God fearing grandmother, Geneva Hogans.  She was the oldest of 10 siblings.

She was the mother of four children, Chandra, Felicia, Robert, Jr. and the late Nathaniel.  She was the grandmother of ten, Nathaniel, III, Darnell, Daryl (deceased), Dezmond, Samuel, Robert III, Willie, Tori, LaJaya and Regina.

April 1, 1989, she joined Second Arnold Baptist Church and gave God her heart.  She was born again and baptized with the Holy Ghost with evidence of speaking in tongues in 1997.

She was a member of the Combined Choir (now the Resurrection Mass Choir of Second Arnold), the Worship and Praise Team, the Sarah Frazier Sisterhood (now the Ministry of Women), the Mission and Choir #1.

In the year 1996, she was called by God to ne a witness for Jesus.  In 1999 she answered the calling of the Lord, my Savior Jesus.

To order memorial trees or send flowers to the family in memory of Ms. Dianna Black, please visit our flower store.