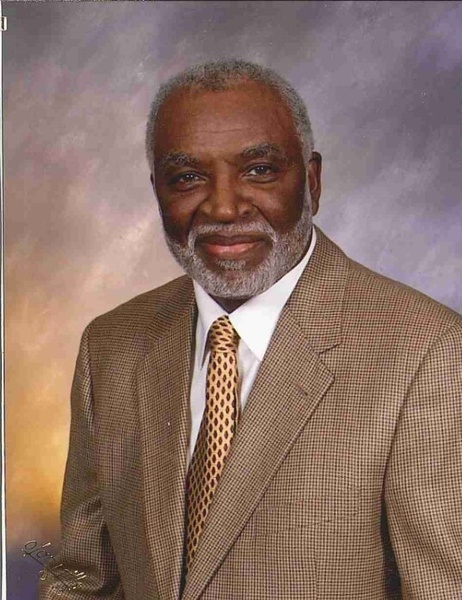 Adams announces the passing of Mr. Van Buren Williams, 86, who transitioned on Wednesday, May 19, 2021 at his residence.

Van Buren Williams departed this life Wednesday, May 19, 2021.  “Van” as he was affectionately known, was born on April 29, 1935, and was the only child born to Wilbert Williams and Myrtle Wilson Williams Carter in Statesboro, GA. Van was raised in a Christian home and accepted Christ at an early age.

The Williams family moved to Savannah, Georgia, where they established their family roots.  Van attended the Savannah School District and was a graduate of Woodville High School, now known as Woodville Thompkins High School.  Van was full of life and energy and wanted to have more and prosper. So, after high school, he and his best friend Bobby left Savannah and traveled up North in search of work and a better life.  There Van found his lifetime job of trucking.  He was a tractor-trailer driver and drove trucks up and down the highway.  He retired from Continental Containers Trucking in 1997.

It is often said that people are blessed to have many lives.  In Van’s early years, he was married and had three children Mitchell, Cordelia, and Michelle.  He loved his children and was very active in their lives.

In April 1997, Van met and married his loving and devoted wife, Gwendolyn Darden-Williams, and they moved back to Van’s hometown of Savannah.  Van loved living in Savannah and reconnecting with family and friends. Although Van lived in Savannah, he never lost his Philadelphia connection.  He traveled back and forth to Philadelphia at least three to four times a year and stayed connected with family and friends, and was very supportive, even at a distance.

Van was an active member of Resurrection of Our Lord Catholic Church and was the audio technician for the 8 am service.  He was a member of the Holy Name Society; he belonged to the Legion of Mary, and he was a member of the 10 am Bible Study. Van often transported church members to and from church.  Van was a people person and would do any and everything he could to help anyone.

To order memorial trees or send flowers to the family in memory of Mr. Van Buren Williams, please visit our flower store.