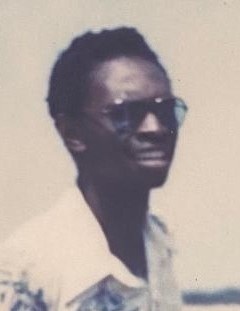 Thomas “Sam Beady” Albright was born in Savannah, GA on April 10, 1953, to the late Thomas and Charlie Mae Albright.  The family grew when sister Dr. Ruth E. Albright was born, and a special brother Michael Dickens was added to the family.

Thomas was a 1972 graduate of Sol C. Johnson High School, where he was a member of the basketball and track teams.  He also played on the community softball team known as “Sea Breeze.” At a young age he accepted Christ.  He was a member of Central Missionary Baptist Church in Thunderbolt, GA, and later attended Overcoming by Faith Ministry in Savannah.

He joined the United States Navy in 1974.  After returning to civilian life, he worked at Savannah Distributors and later Shearouse Lumber Company in Pooler, GA, for many years until his health caused him to retire.  Thomas later became a volunteer at the Savannah Office of the Veteran’s Administration until he was unable to work.  He was never a stranger to anyone he met.

He is preceded in death by his parents and his wives Elnora McCoy and Tonya Priester.

To order memorial trees or send flowers to the family in memory of Mr. Thomas Albright, Jr., please visit our flower store.