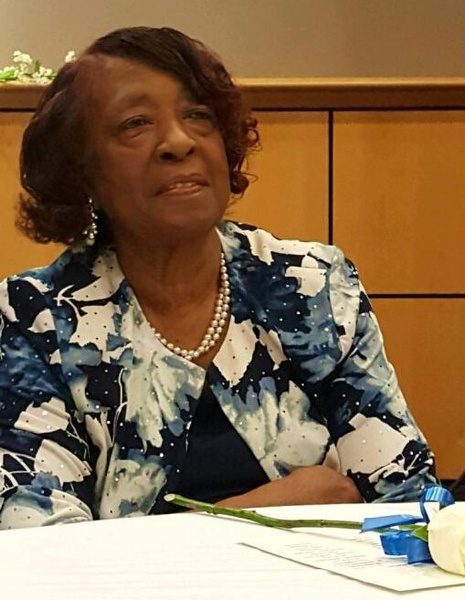 Who can find a virtuous woman? for her price is far above rubies. Proverbs 31: 10

Our beloved Mother Zora Lee King Williams Corey was born on July 14, 1934 to Mr. and Mrs. Willie King and Mr. Sylvester Ruff in Hancock County, Georgia. She went home to be with the Lord on January 19, 2021 at Candler Hospital.

After relocating to Savannah, from Sparta, GA, Mother Corey attended the public schools of Chatham County where she became a member of the Beach High School basketball team.

After accepting Jesus Christ as her personal savior, she joined the College Park Baptist Church. As an active member, Mother Corey sang in the Combined Choir where she once served as the president, and was also president of the Women Ministry. Mother Corey attended Sunday School, was a member of the Mother Board, and an original member of the Prayer Warrior Bible Study. Mother Corey truly loved her church, she worked hard, and would do anything to insure the Lord’s word was fulfilled.

Mother Corey was a nurturer. She had a heart of gold and would render love and help to anyone in need. She became an adopted mother to many. One of her favorite joys was to cook and feed others.  Mom felt that providing a meal to others was a true expression of love.

To order memorial trees or send flowers to the family in memory of Mrs. Zora L. Corey, please visit our flower store.
Open