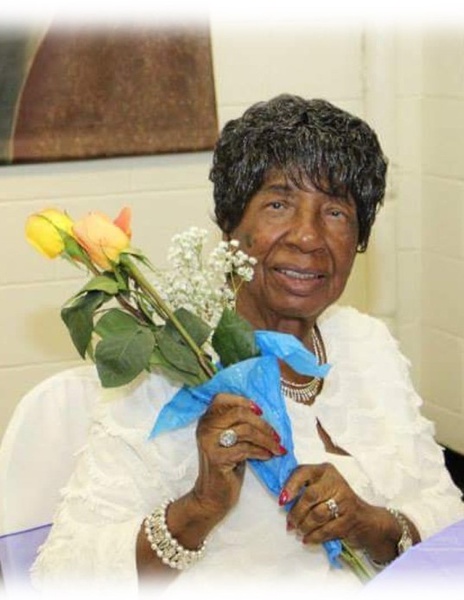 Adams announces the passing of Mrs. Wilma Katherine Scott Wallace, 99, who transitioned on Monday, July 27, 2020 at her residence surrounded by her loving family.

Wilma was joined in holy matrimony to  Edward William Wallace who preceded her in death.  She was one of nine children born to the late Rev. Watkins  and Viola Scott.  She is survived by two sisters  Mamie  Moore of Savannah and Veronica Daniels of Louisville, KY.   Seven siblings  preceded her in death: Jerome, (Rev.) Willie, Theodore, James, Selephlee Brown,  Melrose Hagins,  and Twila Orr.

Wilma continued her devotion  to God, uniting with the congregation of St. Paul Missionary Baptist Church after moving to Savannah.  She sang in the choir, a member of the Viola Scott Circle and served diligently on the Hospitality Committee until her health failed.

Sister Wallace was a Past Matron of Electa Chapter #1 Order of Eastern Star - PH, and Past Grand Assistant Youth Directress for the Jurisdiction of GA, Past District Matron of the  1st District, Past Illustrious Commandress  of Omar Court #91, and Past  Deputy of the Oasis of Savannah.

To order memorial trees or send flowers to the family in memory of Mrs. Wilma Wallace, please visit our flower store.