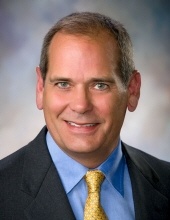 The visitation and service will be private. Carmody-Flynn Funeral Home, Bloomington, is assisting the family. A private interment will be at Scogin Hill Cemetery, Bloomington.

In lieu of flowers, memorials may be made to St. Jude Children’s Research Hospital.

He was preceded in death by his father, George; one nephew, Joseph and one great-niece, Ava.

Steve received his Bachelor’s Degree in Structural Engineering from Southern Illinois University at Edwardsville. He was very passionate about his work as an Engineer, and first worked as a structural and nuclear engineer at Exelon Clinton Power Plant from 1982 until his retirement in 2015. After his retirement, he quickly jumped back into the work he loved and was employed as an Engineering Director at Southern Nuclear Plant Vogtle in Waynesboro, GA until 2020, and then at Southern Nuclear Plant Hatch in Vidalia, GA., where he was currently employed.

Having been born and raised in Chicago, Steve was a huge fan of all Chicago sports teams, but most especially the Chicago Cubs and the Chicago Bears. He also cherished his time vacationing, anywhere warm, with his beloved wife and dog, Abby. Their favorite vacation spot was at their beach home at Hilton Head Island, where they spent their days bicycling and walking the beach.

To order memorial trees or send flowers to the family in memory of Mr. Steven Kowalski, please visit our flower store.