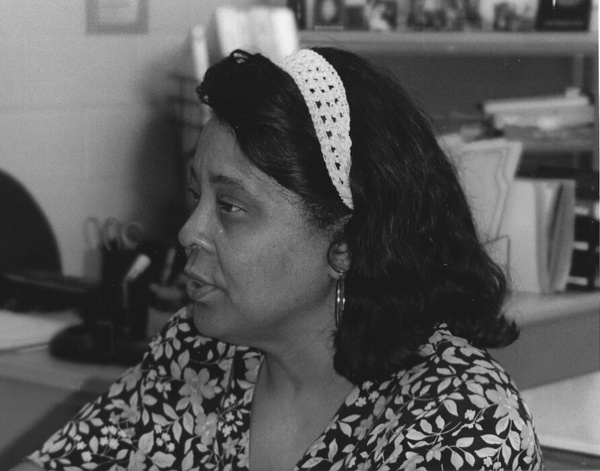 “You can shed tears that she is gone ~ Or you can smile because she has lived.”

Martha V. Walker was born December 14, 1952 in Savannah, Georgia to Isaac Walker and Delores Smith Walker. She was the fourth of eight siblings born to her parents. She married and gave birth to her only child, a lovely daughter, Amsale Gelagay.

Martha was one of Chatham County’s veteran educators with 42 years of dedicated service to the children of Savannah, GA. Throughout her career, Martha had been a leader among her colleagues. She’s been a department head, Teacher of the Year, and she established the first writing lab at her school. She’s taught social studies, math, and language arts at five Savannah schools since 1975, then her last assignment, prior to her retirement at DeRenne Middle School. While at Shuman Elementary in the late ‘80’s, Martha was most proud of her participation in a program called “Another Chance for Education” (ACE). This program concentrated on the improvised and at-risk youth of Chatham who had been academically left behind. Students would spend the majority of the day with a “home” teacher to receive accelerated learning. The goal was to provide students with nurturing hope as well as the skills to skip a grade level and advancing after meeting certain criteria. Reflecting on her career, Martha believed that each student possesses the ability and the desire to learn. She once commented that “our students arrive prepared to meet the academic rigor we have in place” and “it’s an educator’s responsibility to give 100 percent effort and to work with all who enter our doors”. According to an article, ‘Welcome to the Front Row’, in which she was featured in April of 2013: “Gelagay possesses what researchers call grit – perseverance and passion for long term goals – If we want excellent public education for every student in Savannah, we should bring our ‘grittiest’ teachers like Martha Gelagay into the dialogue, and listen closely to what they have to say”.

On December 30, 2020, after an extended illness, Martha transitioned peacefully at Riverview Health & Rehabilitation Center. During her illness, Martha was well cared for by her loving and devoted daughter, Amsale of whom she was truly proud. She was preceded in death by her mother, Delores Walker and her four brothers: Isaac Jr., Anthony, Tyrone, and Gerald Walker.

She leaves to cherish her fond memories, her daughter; Amsale Gelagay of Philadelphia, PA, two sisters; Linda Spencer and Valerie G. Walker, one brother; Ronald Walker, all of Savannah, Ga., her partner; of many years Leo Rhodan of Savannah, Ga.

To order memorial trees or send flowers to the family in memory of Mrs. Martha Gelagay, please visit our flower store.
Open