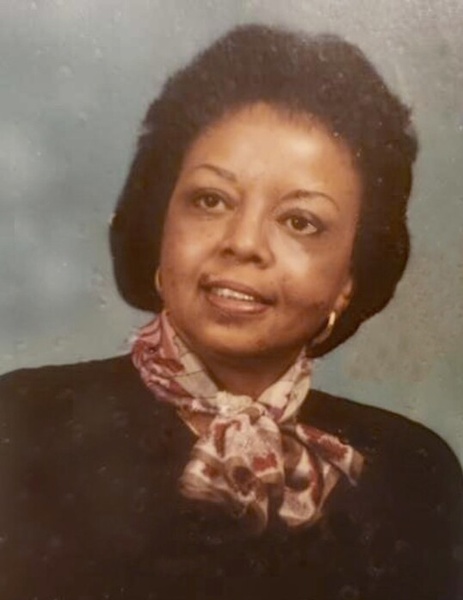 Helen was a native of Savannah and the third child of nine children, born to Freddie Mae Jones Williams and John Roger Williams, Sr.

At an early age, Helen’s spiritual experience began at Bethel A.M.E. Church. It was the home church of her paternal grandmother, Ida Sapp Williams. She later converted to Catholicism and joined the congregation of Most Pure Heart of Mary Catholic Church.

Helen was a 1954 Honor Graduate of Alfred Ely Beach High School and in 1959, she graduated from Savannah State College/University with a Bachelor’s Degree in Business Administration. Helen continued her education at the University of Detroit, graduating on May 11, 1974 with a Master’s Degree in Public Administration.

During her college days, she was a member of the Honor Society, Gamma Upsilon Chapter of Alpha Kappa Alpha Sorority, Incorporated and the marching band.

In December of 1958, Helen was united in holy matrimony to Robert Tindal. To this union, they welcomed a son, Robert Shawn Tindal, in 1964.

She was the first African American hired in the Personnel Department for the City of Savannah, under the supervision of Edward Franklin Walls. On her 80th birthday, former Mayor Eddie DeLoach acknowledged this milestone achievement with a letter of congratulations, in July 2017.

In 1964, Helen migrated to Detroit, Michigan with her husband Robert, who accepted the position of Executive Secretary of the Detroit Branch of the NAACP, and Helen was employed by the City of Detroit in the Employment and Training Department, until she retired in 2002.

Helen lived a spiritual and productive life. She was a devoted and faithful member of Sacred Heart Catholic Church in Detroit, for forty years. She was socially and politically astute, an avid reader and loved to engage in a healthy debate on social and political issues. Helen was a member of the Detroit Moles and was elected National Parliamentarian during her membership. She was also affiliated with Alpha Rho Omega Chapter of Alpha Kappa Alpha Sorority, Incorporated. She was a Golden Soror.

Helen had a deep and abiding love for her family. She leaves a legacy of joyful and timeless memories for family and friends to treasure. Her spirit will forever enrich our lives.

Announcement of a Memorial Service will be published at a later date.

Tributes may be posted on HERE on the Adams Funeral Services, Inc. website.

To order memorial trees or send flowers to the family in memory of Mrs. Helen Tindal, please visit our flower store.