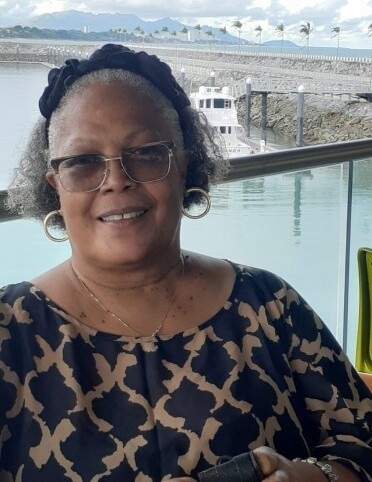 Graciela (Grace) Maria White-Bracley passed away on February 9th, 2022 in Savannah, Georgia.  Chela as she was fondly known while growing up in Rainbow City, Canal Zone attended Rainbow City Elementary, Guardia Vega in Colon and Liceo de Señoritas in Panamá City, Panamá.  She then transferred to Instituto Nacional where she graduated in 1971.

She attended the University of Panama, and later received her Bachelor of Science degree from the University of Maryland in College Park, MD.  Grace served in the US Navy and Naval Reserves retiring after 21 years of service.

Grace was a music lover and also loved swing dancing. As an electronics technician in the U. S. Navy, she developed a love for technology and travel.  As a member of the Black Ski organization Washington D.C. chapter, she met her late husband, Samuel Bracley. Together they enjoyed skiing all over the world.

She had multiple interests. In the 70’s Grace obtained a Black Belt in Karate and later in life became a certified real estate appraiser. Grace worked at AT&T before working with the school systems of Washington D.C. and Arlington Public School as an instructional technology coordinator webmaster.

To order memorial trees or send flowers to the family in memory of Mrs. Graciela Bracley, please visit our flower store.