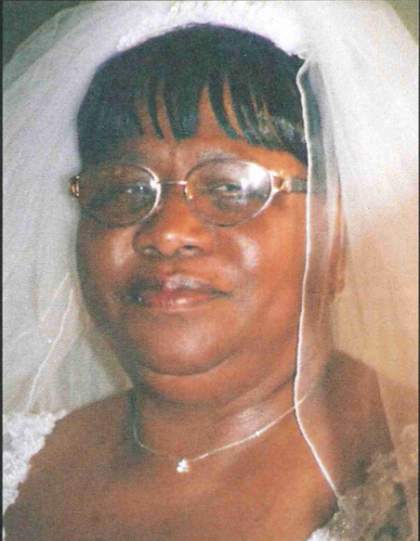 Adams announces the passing of Mrs. Emma Lou Sheppard Hardy, 88, who transitioned on Thursday, September 3, 2020 at her residence.

Sis. Hardy served as a Deaconess and sang in the Senior Choir at Pilgrim Baptist Church. She later became the First lady of Jerusalem Baptist Church. Later in life she joined A New Beginning Baptist Church under the Pastorialship  of Rev. Stanley Royal, Sr. She was a member of the Ministers and Ministers Wives Association for many years.

Sis Hardy was united in Holy Matrimony to the late Pastor James E. Hardy, Sr. in 1952 in Screven County. They moved to Savannah in 1953. To this union they were blessed with eight children and two preceded her in death, James W. Hardy, Jr. and Herman L. Hardy.

Sis Hardy transitioned to her heavenly home on Thursday, September 4, 2020.

To order memorial trees or send flowers to the family in memory of Mrs. Emma Lou Hardy, please visit our flower store.