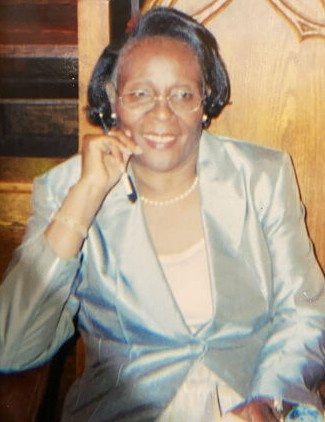 Charlotte Elizabeth Wilcox Madison was born October 14, 1931 to Mary Granade Wilcox and Walter Wilcox Sr. in Savannah, Georgia. She was the first child of that union.  Charlotte was raised in a home by two strong and devoted sisters.  Mary and Lula’s children were raised as siblings.  Marian, her special sister cousin and her brother, Walter Jr. preceded her in death.

Charlotte was educated in the public schools of Savannah, Georgia and graduated from Beach Cuyler High School.  She entered Paine College of Augusta, Georgia and later matriculated with the Lamar School of Nursing where she earned her nursing degree.

Charlotte and Bill moved to Brooklyn, New York in 1962. While there, they were members of Bethany Baptist Church. After a few years, she joined the staff of the Brooklyn Hospital of New York.  Charlotte was appointed Coordinator of Obstetrics and NIC Unit of the hospital.  She remained at this institution for 25 years until retirement.

Charlotte was the family’s memory bank.  Any information needed, Charlotte was consulted and gladly shared her memories.  Family members from near and far would often ask Charlotte to share family history.

Charlotte and Bill returned to Savanah in 1993.  Charlotte joined Butler Presbyterian Church and served as the President of the M.G. Redd Circle during her membership.

To order memorial trees or send flowers to the family in memory of Mrs. Charlotte Madison, please visit our flower store.