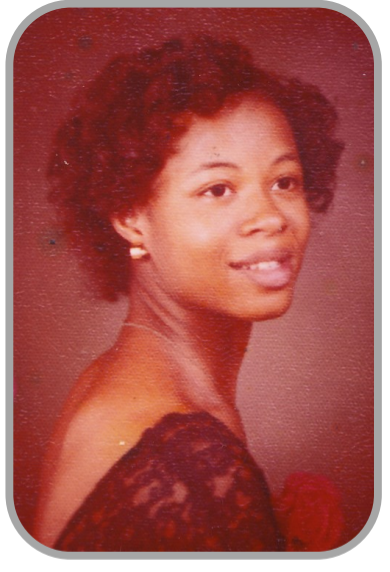 Adams announces graveside services for Mrs. Angela Ford which will be held 11:00 AM, Wednesday, November 17, 2021 at Hillcrest East Cemetery.


I have fought a good fight, I have finished my course, I have kept the faith" (2 Timothy 4:7).
Mrs. Angela Darnee' (Donna) Goodwin Ford was the second child born to the late McKinley Goodwin and Nadine Goodwin on November 17, 1962, in Millen, Georgia. Her soul was called to its heavenly home Sunday, November 7, 2021.
"Donna" as she was affectionately called was educated in the Chatham County Public School System, graduating from Richard Arnold High School in 1980. She later attended Savannah State College, now University, in the fall of 1980 to pursue a degree in accounting.
She was introduced to the Christian belief at the early age of ten, being baptized at Sandhill Baptist Church, Millen Georgia. After moving to Savannah, Georgia, she later joined Second Saint John Missionary Baptist Church.
Donna met and married Cedric Clyde Ford, Sr. in 1983. This union was blessed with three adorable children: Cedric, Jr., Chevron who preceded her in death, and ChaKalya. Also preceding her death are two brothers, McKinley, Jr., and Anthony Goodwin.
For thirty-five years, she worked and shared her expertise in the Culinary Arts in several local restaurants until forced to retire due to health issues.
Donna was a very charismatic and caring person, always caring for others that were less fortunate than she. She was always joking, the proverbial "Life of the Party." She spoke her mind, would argue with a signpost, and steal your shoes off your feet while you were still wearing them.
She leaves to cherish her indelible and precious memory, a husband, Cedric Clyde Ford, Sr., Savannah, GA; a very attentive, concerned, and compassionate son, Cedric Clyde Ford, Jr. (Koreen), Atlanta, GA; a beloved and caring daughter, ChaKalya Ann Ford, Savannah, GA; a very loving and nurturing mother, Nadine Reese Goodwin, Savannah, GA; two brothers, Keith Goodwin and Eric Goodwin (Kavita); two sisters, Marian Elaine Winston, and Tasha Goodwin; a very faithful and caring mother-in-law, Ruth Vanderhorst; just like a son, Zayquan King, all of Savannah, GA; goddaughters, Shannon Noble, Connie Mervin and Chiquita King; seven nieces, nine nephews, three grand-nieces, two grand-nephews, eight aunts and a host of other relatives and friends.

To order memorial trees or send flowers to the family in memory of Mrs. Angela Ford, please visit our flower store.
Open