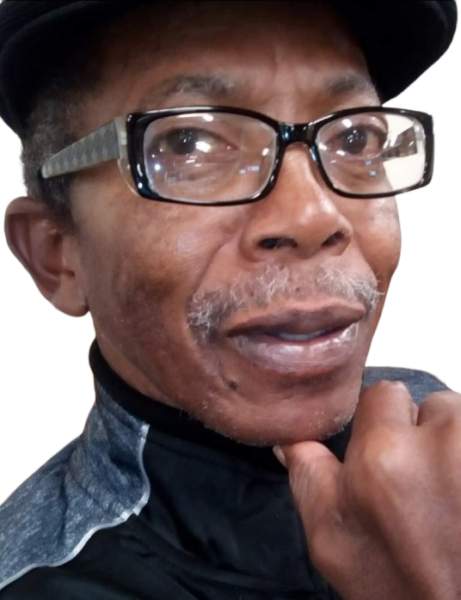 Adams announces the passing of Mr. Richard Earl Durden Mungin, 65, who transitioned on Friday, January 21, 2022 at his residence.

Adams announces the memorial service for Mr. Richard Earl Mungin which will be held 11:00 AM, Saturday, February 5, 2022 in The Adams Chapel with Military Honors.

Retired TSgt. Richard Earl Durden-Mungin most affectionally known as "Bo Dilly" was a ray of sunshine as he entered the world on July 9th 1956 in Jesup, Georgia to the late Randolph and Barbara Jean Durden-Mungin. At an early age he professed his faith in Jesus Christ baptized in water in the name of the Father, the Son and the Holy Spirit and later rededicated his life.

Bo Dilly's younger years were spent in Jesup later relocating to Kissimmee, Vaca Cut and the Infamous "Rock" in Marathon FL. While attending Marathon High School, he excelled as an athlete student in baseball. His extraordinary skills would land him an opportunity to play professionally with the Kansas City Royals, he opted for higher education and attended Florida Keys Community College studying Electrical Engineering; and later enlisted in the USAF.

Later years, he united in holy matrimony to Charlene Robbins and this union blessed two children and two from a previous marriage. Fatherhood came natural for Daddy Rich he was a loving family man who his children absolutely adored and admired, even to his children’s friends he was the dad to all that everyone loved. His sacrifices to ensure his children were good will never be forgotten. Richard loved his grandchildren dearly and was gearing up to take them on his boating adventures. Pawpaw as his grandchildren would call him was a name he loved to hear.

Bo Dilly had various aliases Daddy Rich, Mung and Mr. Old School and was always the life of the party; with the right vibes and mood you may see him riding the "pony (an old school dance)." Grilling, fishing and boat detailing with grand children at his side was such a delight, let's not forget the neighborhood cookouts and a loyal fan of the Miami Hurricanes.

During his 20-year military career beginning in 1976, he was stationed at various Bases in the USA to include: Sheppard AFB, (TX) Nellis AFB, (NV) Homestead AFB, (FL) Hickam AFB, (HI) and Osan Air Base (Pyeongtaek, South Korea). His Tour of Duty required him to assist in the Gulf War Operation Desert Storm/Desert Shield where his expertise was needed in constructing an operational facility from the ground up to ensure proper equipment and machinery were readily available when needed to inspect and x-ray engine blades of various Aircrafts used in battle. Advanced training and Apprentice Nondestructive Inspection Techniques and courses highly qualified him and upon retiring he entered into the civilian sector where he held similar positions at Doncasters, Applied Technical Services and Mitsubishi Power Systems where he was able to utilize such.

The pre-dawn lit sky on January 21, 2022 will always be remembered, GOD summoned Richard to rest from labor and patiently waited for His return. He was surrounded by his family in his last hours.

To order memorial trees or send flowers to the family in memory of Mr. Richard Mungin, please visit our flower store.