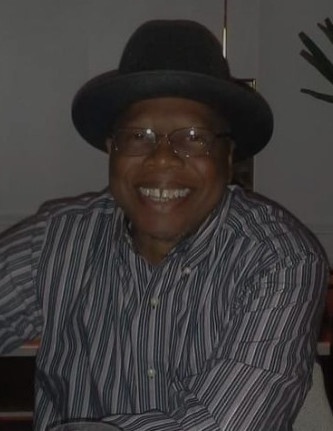 Viewing: Monday at the Church from 9:00 until the hour of service.

Richard Frazier Mack was the sixth child born to the late Dea. David Mack and Eloise Coleman Mack on May 13, 1952. He was called home into the arms of the Lord on the morning of September 14, 2022.

Richard was known and loved by many. He was a loving father, grandfather, brother and an outstanding athlete. He had a dear and precious relationship with his cousins, nieces, nephews, and with friends far and near.

Brought up from an early age to love and serve the Lord, Richard was baptized at an early age and joined the Nicholsonboro Baptist Church where he served on the usher board for many, many years. He also participated in other ministries of the church such as ; the food give away, kitchen ministry, parking and in other ways.

He grew up in the White Bluff Community and graduated from Windsor Forest High school in 1970. His athletic journey at Windsor was awesome. Richard was a three sport athlete. Running back position on the football team making the “All City Team” twice. Weekly articles appeared in the newspaper describing his smart play actions. He played as an outfielder on the baseball team and played various positions on the basketball team. Later, he joined his dad (Deacon David Mack, Sr) to construct a brick castle like planter in the entrance of the school, which remains in place today.

On January 12, 1982 Richard and Zoeann Perry entered holy matrimony. They were married for 40 years. The two of them enjoyed traveling, movies and experiencing different types of food. Keeping the neighborhood lawns mowed and trimmed was his passion. He really had a green thumb. He was always willing to give a helping hand. He was also dedicated and proud member of the Dodoa Family Club. He will be dearly missed by his many loved ones, who rejoice in the knowledge that he is at peace with his Creator.

To order memorial trees or send flowers to the family in memory of Mr. Richard Frazier Mack, please visit our flower store.

Viewing at the church before the funeral