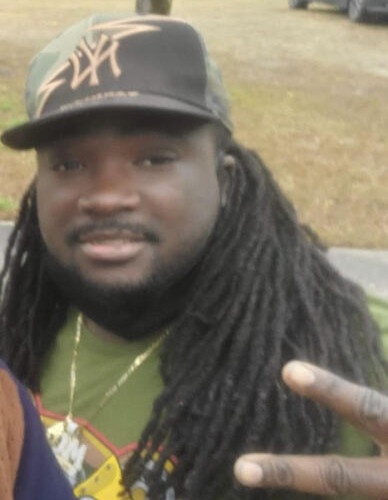 Moerell Mosezell Larkin Sr. was born in Rochester, Ny on August 2, 1989 to the late Mosezell Larkin Jr. and the late Janet Charlene Murphy. He entered into eternal rest on Wednesday August 24, 2022.

Moerell was known by a lot of people as just Rell. So much so that some didn’t know what truly went in front of “Rell”. As a child Rell was known to be the smart, quiet, but inquisitive one of the bunch. Anytime you’d ask him a question he’d start it with “ According to my calculations “. Moerell completed high school at Savannah High School. Despite the fact that we always saw Rell going into law because of his gift of gab,(if you truly knew him you’d know he could sell ice to an Eskimo and talk a rabbi into Catholicism) he later went on to obtain his Commercial Drivers License and began driving trucks both long and short hauls.

Moerell never married but he did father three handsome and very intelligent sons: Moerell Mosezell Larkin Jr., Lance Carter Larkin, and Langston Caleel Larkin. And a beautiful and amazingly smart daughter ShaDai’ Monique Wallace. He was also survived by four sisters Felicia K. Larkin, Shariff Perry, Krystal (Marquist)Mincey, and Janet(Anthony) Skeete, six brothers Mosezell Larkin-Phillips, Christopher T. Larkin, Adam W. Bowen, Eldridge “Tony”(Amanda) Gadson, Tyrone(Shawauna) Gadson, and Brandon J. Lawrence. He also leaves behind nieces and nephews who he loved dearly as his own children and some as sisters and brothers as they were raised up very closely and a host of relatives and friends.

To order memorial trees or send flowers to the family in memory of Mr. Moerell Larkin, Sr., please visit our flower store.