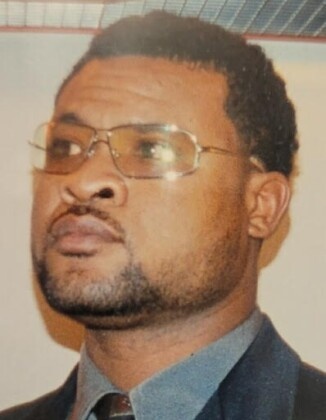 Order Flowers & Sign the guestbook using the links on this webpage.

Marvin was born February 2, 1972 to Joyce Bussie and Marvin Earl Lee (deceased) in Camden, NJ.  At an early age, Marvin excelled in academics and all sports especially football, track, & wrestling.  Marvin graduated with honors from Delran High School in Delran, NJ.  He furthered his education at Savannah State University ultimately obtaining a degree in Chemistry.  Marvin went on to advance his education by earning a Master’s degree in Pharmacy from Temple University in Philadelphia, PA.

Marvin accepted Christ at an early age at Mt. Herman Baptist Church.  He later became a member of Growing in Grace Ministries of Savannah, GA.

Marvin worked as a pharmacist for over 15 years gaining awards & recognition for his excellent skills & knowledge in medicine.  In his leisure, Marvin loved cooking, fishing, traveling, and spending time with friends and family, especially his children. Marvin had the heart of giant and would give whenever and to whomever was in need.

To order memorial trees or send flowers to the family in memory of Mr. Marvin Bussie, Sr., please visit our flower store.
Open