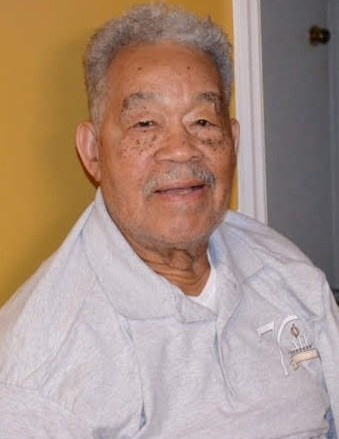 Lewis Debreczen Vaughns, Sr was born in Brunson, South Carolina to the late Josiah and Eliza Vaughns November 8, 1925. After a very brief illness he transitioned from this life Wednesday, December 30, 2020. When he was 9 months old the family of 13 brothers and sisters moved to Savannah, Georgia where he attended and graduated from the Savannah-Chatham County public school system. Another brother was born in Savannah, GA. He was the last child of Josiah and Eliza. He is a 1944 Graduate of Beach-Cuyler High School, received his B.S. Degree in Chemistry from Savannah State College 1950 and his M.A. Degree in Science Education from New York University, 1960. Additional studies at Cornell University, Virginia State, University of Georgia and Georgia Southern University.

Lewis Vaughns began his career in 1945 when he joined the United States Army and was sent to Japan to serve towards the end of World War II. After returning from WWII, he entered Savannah State University and graduated in 1950. Upon graduation he began teaching Science at Todd Grant High School in Darien, GA where he stayed for five years. After leaving Darien, GA he became a school social worker for 2 years and then went on to become the Director of the Career Opportunities Program (COP) in 1968. The program was designed to attract people to careers in education. Under his dynamic leadership, 42 model cities neighborhood residents and 30 Vietnam era military successfully completed the program. Most became teachers and principals like him. Others strived for higher aspirations and became ministers, Bishops, Presiding Elders of the AME Church, Baptist Church or non denominations. Some were in the Military and others worked in law enforcement as police officers, attorneys and even judges. He was their only director and the program was in existence for 5 years.

To order memorial trees or send flowers to the family in memory of Mr. Lewis Vaughns, Sr., please visit our flower store.
Open