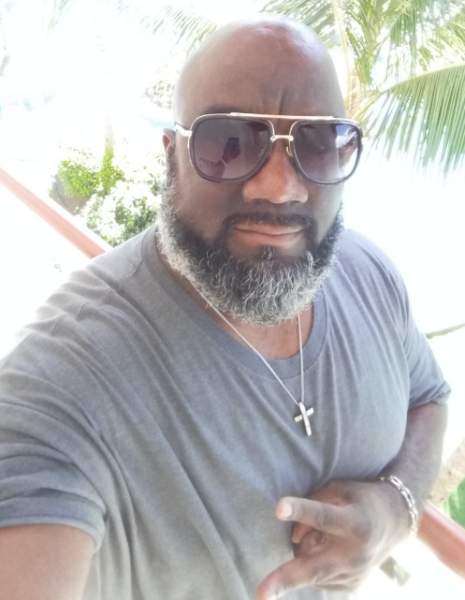 After graduating from high school, he pursued his passion in the automotive sound and security business but eventually found his love and passion in the transportation and logistics industry. Lee was a professional commercial truck driver and his skills took him across the country and the world. He drove fuel trucks and humanitarian supplies in Iraq as a civilian contractor for Halliburton during Operation Iraqi Freedom. He had many harrowing nights doing this job but he never wavered or feared for his own safety because he had a job to do.

Upon his return to the states, he took his passion for transportation and logistics to the next level at the Georgia Ports Authority. Lee initially drove intermodal trucks but then got a great opportunity to become a river crane operator. Lee was the happiest and proudest man when he was up high in the crane moving containers on and off the ships in the beautiful Savannah night sky. He said being on the crane alone gave him peace when he looked out at the river front. When the ships came in it allowed him to reflect, be calm, centered and just grateful to have an amazing job.

On Oct 5, 2014, Lee married Michaela Shaw who proceeds him in death. Lee is survived by a loving mother Daphine Bradsher and a loving and devoted fiancé Nekenge Black who he traveled the world with and cherished her bigger than life personality and generosity. Two loving sisters LaJean Bradsher and Marie Johnson, a loving brother Marvin Bradsher and brother-in-law Demetrius Johnson. Loving nieces Myranda, Alexus, Lauryn, Armani, and Amani. Two nephews William Doc Pierce and Dylan Johnson and a host of other family and friends.

Lee was a happy soul with an infectious smile, heartfelt laugh with a great bear hug. Lee was the ‘salt’ he deliberately sought to influence people in his life by showing them unconditional love of Christ through good deeds, humble personality and a good heart. Lee was a Light he posed an awareness, knowledge, and understanding of who he was, how he should live his life and the example he should set. If you were lucky enough to love Lee, to be loved by Lee, befriend Lee or know Lee you would instantly be aware that he was the salt and light in this world. In our lifetime we don’t get to experience many of these people who exemplify these qualities of being so kindhearted, tender, gentle, loving, charitable and gracious.

Lee loved his family and dedicated himself to taking care of them. He was more than a brother but an extension of our Father. He took the role seriously after our father passed in 2006 on his birthday. That love extended out to his nephews, nieces and his role went from big brother, to uncle, to father figure, to confidant, to cheerleader and to friend.  He wore those titles proudly with honor. Despite not having his own biological children he loved and cared for his nephews, nieces and stepchildren as if they were his own. He was a rare combination of someone who had a love of life and a firm understanding of what was important — the simplicity of living a life with those you love.

Lee was our fixer! He had the uncanny ability when we were children to use super glue to fix moms antique vases and other things we’d had accidentally broken. He also knew how to have fun and during the summers he would remove the cushions from the couch and line them down the stairs for us so we can slide all day long until mom and dad got home from work! The best!  Lee was the coolest brother. He would come to Windsor Forest High school in his white Chevy Beretta complete with red crush velvet interior and that 90’s bass booming just to bring his baby sister lunch! The pure exhilaration and proudness of having him roll up can never truly be explained!

Lee took fashion cues from no one. His signature every day look was all his- a plain pocketed t-shirt designed by the fashion house Fruit of the Loom but came in the lovely colors of black and grey worn with his grey elastic waist shorts or grey sweat pants. It wasn’t until dating Nekenge that we noted his upgrade in clothing and his stellar starched shirts and finely pressed pants. Christmas Eve 2019 he was an absolute Rockstar with his paisley print shirt, fresh black jeans and that gorgeous signature smile with an ever so slight chip! Soon after he was back to those sweat pants and shirts but that smile and laugh still remained and just as contagious as ever.

Lee was an avid Falcons & UGA fan despite their ups and downs he never strayed. He made sure that he watched and attended the games when he was not working on the crane. Lee dedicated his whole man cave to the Falcons with Nekenge’s permission of course. Eventually he was able to get Nekenge to his side and got her to put on RED and BLACK!!

He enjoyed cars and had a love for old school Chevy’s and his signature BMW M6 Convertible. He shared that passion with his brother-in-law and many others. He also loved to travel and every year for his birthday he tried to vacation somewhere tropical where he could lounge on the beach, put his feet in the sand and enjoy the tasty offerings of the country he visited. He enjoyed traveling and always had Nekenge at his side and always enjoyed bringing anyone else along for the ride. He wasn’t afraid to vacation alone either. He enjoyed sending me pictures of his “vacation for one” with him jet skiing, piloting a boat or simply on a beach alone reflecting and being at peace.

Let Lee’s life be a reflection of how we should all live our lives. Remember that when you leave this earth you cannot take anything with you what you leave is what you have given. Lee gave us all a full heart enriched by honest service, love, sacrifice and courage. He lived his life freely, unbothered and on his terms. He was kind to others, didn’t compromise his values, lived in the present, kept the past in the past, expressed love freely and lived his life fully.

“Life should not be a journey to the grave with the intention of arriving safely in a pretty and well-preserved body, but rather to skid in broadside in a cloud of smoke, thoroughly used up, totally worn out, and loudly proclaiming “Wow! What a Ride!

To order memorial trees or send flowers to the family in memory of Mr. Lee Bradsher, Jr., please visit our flower store.
Open