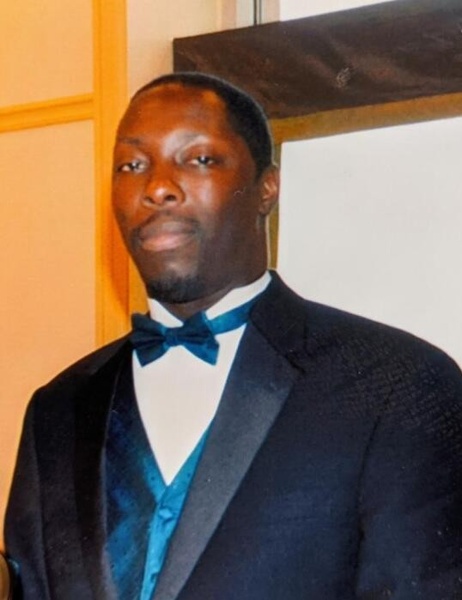 Adams announces the passing of Mr. Keith Wallace, 49, who transitioned on Wednesday, January 13, 2021 at his residence.

Keith Allan Wallace quietly departed this life on Wednesday, January 13, 2021, after a courageous battle with Diabetes. His devotion to his family and community sustained him during his struggle and ultimately gave him peace.

Keith was the youngest son born to the late Jerry L Wallace Sr. and Bernice H. Williams, on December 4, 1971, in Savannah, GA. Keith grew up in the Tatemville community, where he attended both Pulaski and Haven Elementary Schools. He continued his education at Savannah Technical College, where he earned his Welding and Joining Diploma.

Keith was an avid sports fan; his favorite team was the Pittsburgh Steelers. He served as the Tatemville Saints Community Football team’s Assistant Coach for several years and is affectionately known as Coach Keith to the Saints coaching staff, team alumni, and the community of Tatemville.

Coach Keith was a member of Tatemville’s God vs. Drugs (GVD) organization. He used his position as Assistant Coach and GVD member to encourage, motivate, and mentor team members and community youth alike. Coach Keith went out of his way to ensure Tatemville Saints team members “handled their business both on and off the field.”

Keith joined the workforce in 1990 as a Grocery Clerk at M&M Supermarkets (Kroger) and was a dedicated employee until his death.  Keith was a quiet, respectable man who lived by the code ‘Your Word is Your Bond.’  He enjoyed a good laugh and always had a kind word for his coworkers and customers. Coach Keith’s gentle spirit will live on in the lives of those he has touched.

Order Flowers and Sign the Guestbook using the links on this webpage.

To order memorial trees or send flowers to the family in memory of Mr. Keith Wallace, please visit our flower store.