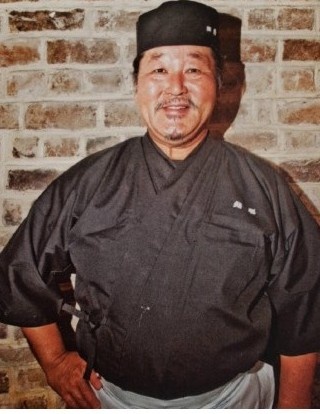 Adams announces the passing of Mr. Kazumi Yoshimoto, 66, who transitioned on Friday, January 1, 2021 at his residence.

Kazumi Yoshimoto, “Yoshi” lost his battle with cancer on Friday January 1,2021 at his Savannah residence. Yoshi is survived by his wife Takako “Amy”, son Takami, and step-daughter Erika.

Yoshi was born in Shinjuku City Tokyo, Japan on August 19, 1954. While in high school, Yoshi competed in Judo at the national level, winning many awards and medals which sparked his competitive spirit.  After graduating high school, he began his professional culinary career at the young age of 18. After years of training, Yoshi arrived in the United States at the age of 28. Yoshi began his culinary journey in Texas and made his way through Washington D.C. , Ohio, Tennessee, Florida and ultimately ending in Georgia. After years of honing his skills as the Executive Sushi Chef at Hirano’s , Kyoto Japanese Restaurant, and Yoshi’s Downtown; Yoshi opened the first Sushi Zen on 41 Whitaker Street in 1998. This location eventually moved to 30 MLK Boulevard until it closed in 2018. He took his success back to Japan to open his second location, Sushi Zen Japan:Edomichi. The third location; Sushi Zen Southside remains open at 1100 Eisenhower Drive. Yoshi served as the representative Chef during the G8 Summit held in Sea Island, Georgia. He was a Chef instructor at Tokyo Sushi Academy, and a member of the All-Japan Sushi Association.

Yoshi was a devoted father, husband, teacher, and professional Chef. He loved watching baseball and wrestling. Yoshi enjoyed his routine morning walks with his three dogs; Kuro, Bancho, and Kaito. Yoshi had a special connection with children. Always treating the young ones to Japanese treats he’d have stocked up under the sushi counter. He was a man fueled by passion and hunger. He was tough on his family and close friends, but kind to all. When he put on his chef coat, he was known for being intense. Pots and pans flying across the kitchen and Yoshi’s screaming and yelling is why Sushi Zen always played loud background music. Yoshi’s intensity was balanced by his deep spirituality. Savannah will remember Yoshi as a Sushi Legend, but family will remember him as their fearless leader.

Yoshi passed away on New Year’s Day. On this day we reflect on the previous year and celebrate new beginnings, surrounded by friends and family. Yoshi would want everyone to celebrate his life and his love for sushi. As people ring in the new year with fireworks and parades, Yoshi smiles upon us from above. Yoshi touched and enriched many of our lives in so many different ways. His legacy will carry on through the Sushi Zen family and friends.

Funeral service will be held at Adams Funeral Home at 510 Stephenson Ave, Savannah, GA 31405. Public viewing will be held on Sunday, January 10th ,2021 from 5pm to 8pm. Private cremation ceremony will be held for immediate family only.

To order memorial trees or send flowers to the family in memory of Mr. Kazumi Yoshimoto, please visit our flower store.