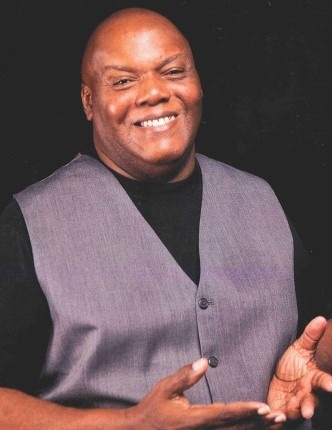 OBITUARY
Gary Swindell Sr. was born on September 4, 1961 to the late Curtis and Mable Atkins Swindell. He was the youngest of 7 children of a closeknit and loving family. He was educated in the Savannah Chatham County School System where he was a 1979 graduate of Savannah High School. He went on to attend Savannah State College. While enrolled at SSC/SSU he became a prominent member of Players by the Sea and Music department. In 1985, Gary married Priscilla Anderson Swindell to which their 2 loves were born, Nia and Gary Jr. On April 20, 1986, Gary and Priscilla became members of Pentecostal Miracle Deliverance Center under the leadership of Apostle Dr. Idell Cheever where he served as the Minister of Music for over 30 Years. He served as a Sunday School teacher and later the Superintendent, President of the Deacon board, Ordained a minister in 2013, and an advisor in the Youth department.

Gary dedicated his life to the fine arts and honing his craft. He was one of the founding members of the Eastside Players Black Theater company. You could find him performing in numerous venues such as The Overlook Dinner Theater in Hilton Head, The Hilton Head Playhouse, The Savannah Theater, The Black Box, Rancho Alegre Restaurant, Good Times Jazz Bar, and City Lights Theater. He was a musician that played various instruments, gifted songwriter, poet, thesbian, voiceover actor, wedding/event singer, jingle creator, and artist. He was honored to be a part of the Savannah Songwriters Series. One of his greatest accomplishments was bringing the arts together through PAC: Performing Arts Collective with the late Clinton Powell and Muriel Miller. For 10 years, Gary served as the musical director of “Black Nativity”, which he deemed Savannah’s greatest Christmas tradition.

Gary Sr. also served as an educator in the Savannah Chatham County School System. He taught at Coastal Georgia Comprehensive Academy, Wilder Middle, Beach High, Groves High, Savannah Arts Academy, and Building Bridges. He also worked in the mailroom at Savannah College of Art and Design for several years. Not only was he an educator but a mentor, father figure, vocal and acting coach, and musical instructor.

Gary Swindell Sr. wanted to cultivate everyone’s artistic abilities and creative thought process through the arts and the Love of Christ. He loved his hometown of Savannah, Georgia and served his community with his whole heart. Gary Sr.’s presence will be greatly missed but his graceful essence will live on forever!

To order memorial trees or send flowers to the family in memory of Mr. Gary Swindell, Sr., please visit our flower store.
Open