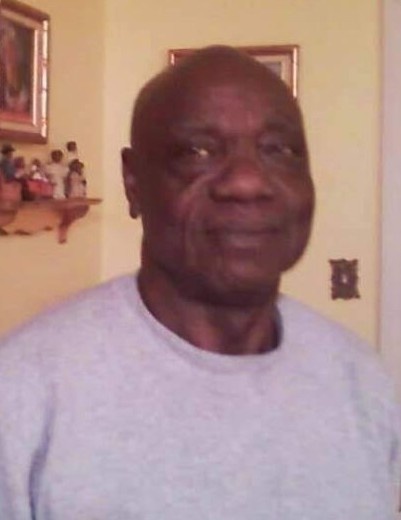 Adams announces the passing of Mr. Anthony "Brother" Woods, Sr., 78, who transitioned on Thursday, January 21, 2021 under the care of Hospice Savannah.


The Life of Anthony Woods Sr.

Anthony Woods Sr., affectionately known as “Brother and
Uncle Brother,” the son of the late Jack and Lillian M.
Woods was born March 8, 1942, in Manning, SC. Heaven sent
an angel down on Thursday, January 21, 2021, and Anthony
made his transition from his earthly home to his heavenly
home while hospitalized at the Savannah Hospice in
Savannah, GA.
Anthony accepted Jesus Christ as his personal Lord and
Savior at an early age. He was preceded in death by his
brother, David Woods Sr, and sister, Harriet Felder.
Anthony received his formal education at Walker Gamble
High School, New Zion, SC. While at Walker Gamble,
Anthony played several sports. His favorite sport was
basketball. He excelled on the basketball court, leading his
team to several undefeated seasons and he was nominated and
named MVP.
After High School, Anthony moved to New York City. He
received his associate degree at New York City college.
Anthony was employed as a lab technician at Columbia
University.
Anthony lived in Bronx, NY, most of his adult life. He
married Shirley M. Harrison on March 29, 1969. While
married, they enjoyed bicycle rides in Central Park, trips to
Bear Mountain and Hershey Park. They were also avid
travelers. Their travels would take them to exotic places such
as Puerto Rico and St. Martins. Anthony enjoyed sailing
around the world and going to concerts. His favorite concert
was James Brown. Anthony was fortunate enough to meet
the Godfather of Soul, at an airport. They talked and
laughed as if they had known each other for years. Anthony
liked going to parties with his friends and family.
After retiring, Anthony and his wife, Shirley, moved to
Savannah, GA, where he began working for his sister,
Neomia, at Terry’s Childcare and Learning Center. The staff
adored him and he adored them. For over 20 years, he proud-
ly worked as a devoted school bus driver and did anything
and everything that his sister needed him to do. Anthony served
as a role model and father figure to many of the children at the
center.
Anthony leaves behind to cherish his precious memories, a loving
and devoted wife, of 51 years Shirley Woods of the home; three
daughters: Audrey (Gerald) McErea of Denver, CO, Vera (John)
Miller of Brooklyn, NY; Brenda L. Woods of Columbia, SC, and
two sons Anthony Woods Jr of Columbia, SC and Frederick
(Marsha) Woods of Birmingham, AL; seven granddaughters and
four grandsons; seven great-grandkids; five sisters: Lillie Ragin of
Manning, SC, Ella Mae Malone of Detroit, MI, Ida (John) Davis of
Lakewood Ranch FL; Neomia Woods Pinckney of Savannah, GA,
and Bessie (Hezekiah) Jefferson of Bowie, MD; a host of nieces,
nephews, cousins, and other relatives and friends. Anthony had a
loving relationship with all of his in-laws.

To order memorial trees or send flowers to the family in memory of Mr. Anthony "Brother" Woods, Sr., please visit our flower store.