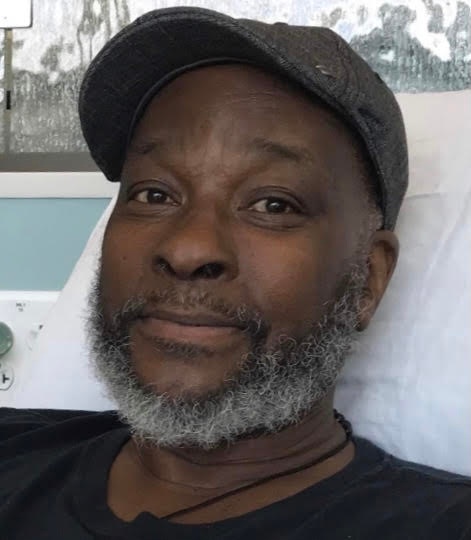 Adams announces the passing of Mr. Albert Hall, III, 63, who transitioned on Sunday, December 20, 2020 at his residence.

(These services will be live-streamed on our Facebook Page)

Albert Hall, III was born on October 28th, 1957, the first born child of Albert Hall, Jr. and Ellen (Fripp) Hall.  He transitioned to his heavenly home on Sunday, December 20th, 2020.  Albert was born in Savannah, Georgia where he attended and graduated from Savannah High School in 1976.  In November of 1979, he joined the United States Air Force Reserves and went on to serve 30 honorable years with the last 8 years on active duty.  He obtained the rank of Technical Sergeant and received several Air Force achievement medals and awards.  He cherished his time in the military and was proud to serve his country.

After retiring from the Air Force, Albert worked several years as a truck driver and would sometimes serve as an honorary dispatcher with Salem Carriers.  He loved driving trucks and spent many years as a local and long haul driver with various companies.

Albert accepted Christ as his savior and instantly loved the Lord.  He was eager to learn God’s word.  You could always find him suggesting a “favorite” gospel song.  He loved his family, and he was loved by his family in return.  To know him was to love him.  A gentle giant, he was affectionately known by his friends and family as ‘Hawk’, ‘Brother Bear’ or ‘Albie’.  He loved watching sports, car shows and the food channel on television.  His other passion was poker.  He spoke very affectionately when referring to his friends at Savannah River Street Poker and Poker Amigos.  He especially loved it when he won!

To order memorial trees or send flowers to the family in memory of Mr. Albert Hall, III, please visit our flower store.