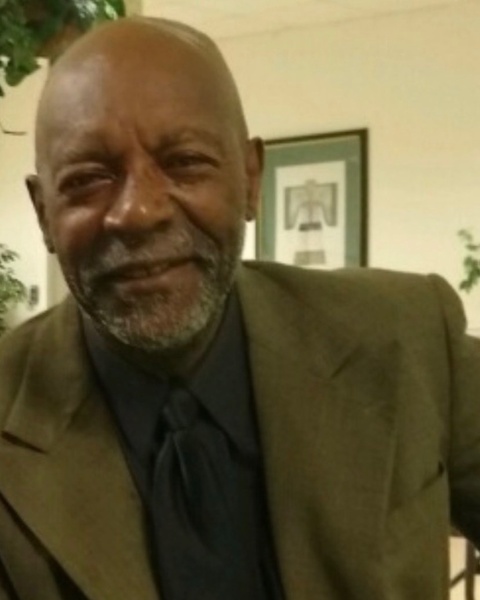 Adams announces the passing of Mr. Walter B. Simmons, Jr. "Bruce", 74, who transitioned on Saturday, September 17, 2022 at Candler Hospital.

Walter "Bruce" Simmons, Jr. was the first beloved son of the late
Walter B. Sr. and Mary F. Simmons. Born in Waycross, Georgia,
August 28, 1948, he grew up in Savannah having attended Chatham
County Public Schools. He was a proud graduate of Sol C. Johnson
High - Class of 1965. Bruce furthered his studies at Tuskegee
University where he was a stellar football player prior to successfully
completing his tour of duty in the United States Air Force.
He was later joined in matrimony to Audrey Gadson and they gave
birth to two handsome sons, Aurelio and Walter B. III. Bruce
remained a devoted and compassionate caregiver to his late wife
until her demise.
A single father of two young boys, Bruce's faith was unshaken. He
remained committed to God and his family through service at St.
James A.M.E. Church as a devoted Trustee and proud member of the
B.S. Hannah Male Chorus. A new chapter of Bruce's life began when
he married Leetta Lipsey and they blended families. Bruce gained the
daughter he never had with darling little Elizabeth.
Bruce retired after 32 years of loyal service as a career professional
with Bell South, making available additional time for his passion of
reconstructing muscle cars, spending time with his dad, flying
drones, photography, and playing chess with his friends. Bruce's kind
spirit has left an indelible memory on the hearts and minds of all
who came to know him. His kindness and gentleness to everyone in
his path will forever be his mark in life.
He leaves the following to cherish his memories:
Devoted wife, Leetta Lipsey Simmons; Adoring sons, Aurelio "Tony"
and Walter B. III (Keosha); Loving daughter, Elizabeth Lipsey
Crawford (Willie); Grandchildren, Audrey, Aurelio Jr., Alaylah,
Kendall, Walter B. IV; Brother, Ronald Simmons (Cynthia); Sister,
Sandra Fuller (Charles); Godmother, Delores Washington; In-Laws,
Marilyn Lipsey Felder, Ralph Murle Lipsey, Terri Lipsey Scott
(Clarence), Bernita Lipsey and a host of nieces, nephews, cousins and
friends.

To order memorial trees or send flowers to the family in memory of Mr. Walter B. Simmons, Jr. "Bruce", please visit our flower store.