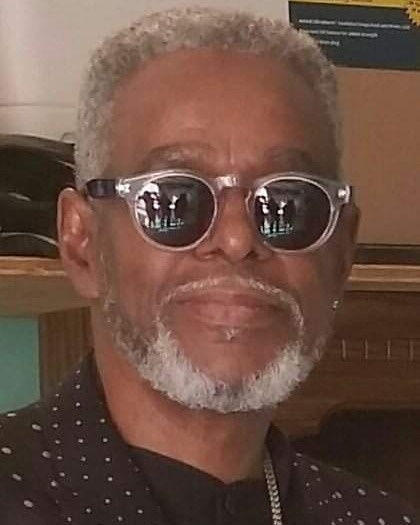 Rasheed Akbar, age 70, of Savannah, Georgia passed away on Saturday, October 8, 2022.  Rasheed was born February 5, 1952.
A Memorial Service for Rasheed will be held Tuesday, October 11, 2022 at 12 noon at Adams Funeral Home, 510 Stephenson Ave, Savannah, GA.
A Janazah Service and Burial will occur Tuesday, October 11, 2022 at 2 p.m. at Bonaventure Cemetery, 330 Greenwich Road, Savannah, GA.
Rasheed Ali Akbar was born on February 5, 1952 in Nacogdoches,  Tx with the name Carlton Earl Floyd to Travis Rather and Helen Floyd. He was raised by his maternal grandmother Alice Floyd. As a young man, Rasheed decided to legally change his name when he accepted Islam.  With the mindset to restore honor to his family he traced his roots to the Fang tribe in Cameroon, a city in West Africa.
Rasheed attended Alfred Beach High School and furthered his education at the Southern University of New Orleans, under the direction of American Saxophonist, Kidd Jordan. Referred to a as Sax Master, Rasheed went on to become a named Ambassador to the State Department of Washington DC.  A composer,  writer, producer and actor, known and loved as a Street Entertainer for the City of New Orleans.  The Ambassador of Decatur Street, member of the Rotary Club, and Telfair Jazz Society.
Rasheed met and married  Patricia Johnson on June 16th 2006.
Hurricane Katrina would prompt his return to Savannah Ga where he was grandfathered back as a Longshoreman and where he worked until his illness and retirement from Local 1414 in 2021.
Rasheed was acknowledged as pioneer of Al-Islam. He was invited to the journey of a lifetime to Mecca, completing the five pillars of Islam. He remained faithful to the community until his illness.
Rasheed is preceded in death by his parents,  leaving to cherish his memory,  his loving and devoted wife Patricia Elaine Akbar. His children from a previous marriage Kareem Majid Akbar,  Fatima Akbar and Omar Rasheed Akbar all of Savannah Ga.  Kayleigh Walton his grand niece. Siblings Sabrina Rather and Travis Rather of Houston Tx. Grandchildren Eerie Jenkins,  Marquis Jackson, Jadarius Johnson, Antazia Foreman, Anjanae Foreman, and Drean Foreman.  His loving Mother-in-law who accepted him as her son, Delores Johnson and who spent many months helping to care for him during his illness, Brother-in-laws  Earl Johnson, William Johnson, Mose Guy. Sister-in- law Regina Guy. Nephews he loved as his sons Kerwin Walton Winston Guy, and Howard Houston. A special cousin Johnny Moore of Houston Tx. A host of great grands, nieces, friends, and the brothers and sisters of Masjid Jihad.
To order memorial trees or send flowers to the family in memory of Mr. Rasheed Ali Akbar, please visit our flower store.