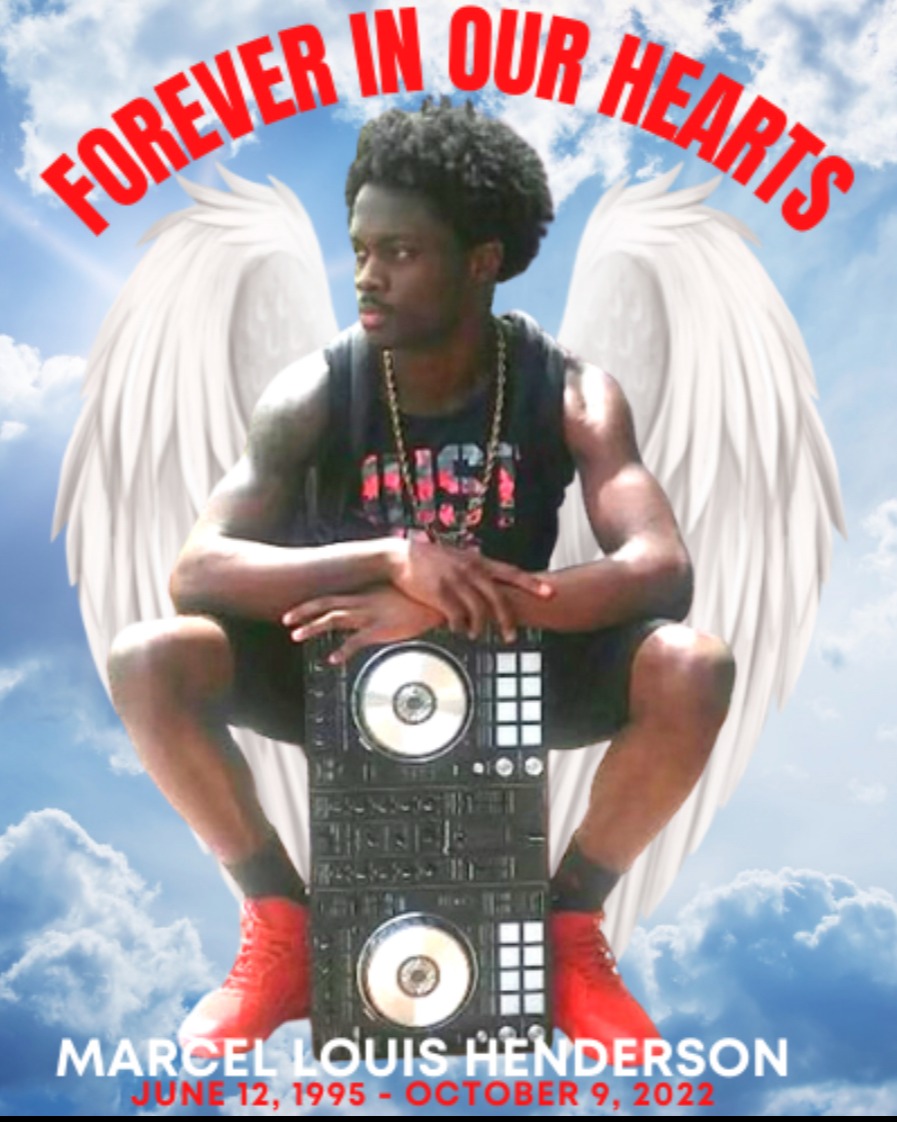 Adams announces the passing of Mr. Marcel Louis Henderson, 27, who passed away on Sunday, October 9, 2022.

Adams announces funeral services for Mr. Marcel Louis Henderson which will be held 1:00 PM, Thursday, October 20, 2022 in The Adams Chapel.

on June 12, 1995 to Army veterans Marbry Louis and Marie Henderson.  He

where he excelled as an honor roll student and took pride in being an athlete in both wrestling and track and field. A graduate of Class 2013, Marcel later attended Georgia Southern University and became an integral part of the “Jokerz” Entertainment Team and “TYG” Disc Jockeys (DJs).  Most noteworthy were Marcel’s excellent interpersonal and communication skills as an event promoter for the team which generated substantial revenue.

Although multifaceted in many areas including supply logistics warehouse and

applicable to the DJ Controller and successful troubleshooting of entertainment

drive was to be the “Coldest MF DJ.”  While operating under the moniker of        DJ Celsius, Marcel designed his personal logos and the Sub-Zero transformation

providing opportunities to showcase his talents at multicultural events.

Marcel was a handsome, intelligent young man with an infectious smile.  He was loved and respected by many as a loving father, son and friend.

Marcel (French; little warrior) transitioned from this life on October 9, 2022. Cherishing his memories are his parents, his grandmother, Clara Henderson; his sister, Marlesia Henderson; his god sister, Mariyonna Price; his son,             Ma’khai Louis Henderson (Tianna Price) and a host of family and friends.

To order memorial trees or send flowers to the family in memory of Mr. Marcel Louis Henderson, please visit our flower store.