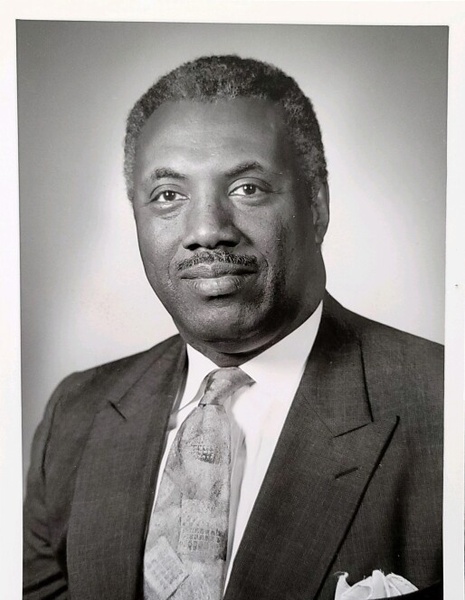 A Celebration of the Life of Dr. Louis Fair, Jr. will be held on May 15, 2022 at 11:00a.m. at the Hilton Embassy Suites Hotel, 620 Chastain Road, Kennesaw, Ga. A light repast will be offered immediately after the service.


Dr. Fair's family will gather on May 16, 2022 for a private Military Honors and committal service at Georgia National Cemetery in Canton, Ga.

In lieu of flowers, the family requests that donations be made to Senior Citizens  Inc., Meals on Wheels Program, 3025 Bull Street, Savannah, Ga. 31405.

Dr. Louis Fair Jr. a retired executive with a successful career in non-profit management and public administration, died on December 31, 2021. He was 86 years old and was in the care of Lambert Manor Personal Care Home in Kennesaw, Georgia.

Louis was born in 1935 and grew up in the steel mill, rust belt city of Gary, Indiana. The oldest of three children born to his parents Ruth and Louis Fair, he became an avid reader at an early age, attended Gary Public Schools and played three sports. Louis began working in menial jobs at the age of fourteen, to help out at home.

Rejecting the norms of his peers, he worked hard, attended Baptist Church regularly and “didn’t get into trouble.” He credited his future success to his grandmother who had completed third grade. She admired his intelligence and supervised his homework habits while paying close attention to the development of his character. Louis wrote “everything I have done in my life originated with the values and challenges of my early life in Gary.”

Louis was the first in his family to attend college. He enrolled in Indiana University in 1954, intending to earn a Bachelor’s degree. However, he became intrigued with the promises of military brochures “to see the world.” After completing his first year of university he decided to join the Air Force as an Airman 2nd class. He trained as an air policeman and was stationed in California, Germany, France and French Morocco. His military experience ignited what became his life-long passion for traveling and meeting people from other countries and cultures.

Louis returned to Gary after four years in the Air Force, after seeing other parts of the world, and after having experienced the rewards of training and developing discipline. He worked in a variety of blue-collar jobs where his charismatic personality and leadership abilities were recognized in frequent promotions to supervisory and administrative roles.

He returned to Indiana University to complete his Bachelor’s degree in Political Science in 1971 and was introduced to non-profit management as a profession. As the Director of Economic Development for the Urban League of Greater Gary, he had major responsibility for job training, recruitment, and placement, and for the public assistance programs that served the city’s poor. He subsequently became the first black manager of Public Affairs for the Gary Chamber of Commerce.

By the time Louis completed his Bachelor’s degree he had determined his career and life goals and pursued them with passion and persistence. He enrolled in graduate school full-time and earned a Master’s degree, Certificate of Advanced Study and Doctorate in Higher Education Administration and Policy Analysis in succession.

Dr. Fair met his wife, Blenda Wilson, when he was serving as Recruitment Administrator in the Colorado Department of Personnel. Dr. Wilson, a nationally known leader in higher education had been recruited to head the Colorado Commission on Higher Education and to serve as a member of the Governor’s Cabinet. One of Louis’ job responsibilities was to assist cabinet officers recruit and develop their staffs. Their marriage in 1985 was considered another example of Dr. Fair’s charm and persistence!

Fair and Wilson managed to build successful dual careers in several states before retiring to Savannah, Georgia in 2007. The devoted couple immersed themselves in the cultural, religious and civic life of the cities they lived in while also traveling to 49 countries in the world.

Dr. Fair’s accumulated work experiences, formal education and personality opened doors for him to an extraordinarily diverse array of professional and civic opportunities. He was a Field Representative with the Northeastern Regional Planning Commission and a Group Manager with the Solar Energy Research Institute in Indiana.

In Michigan he was appointed Director of the Detroit City Airport by the legendary Mayor Coleman Young. When he and his wife moved to California, he accepted a position as the Executive Vice President of OFS Business Reorganization Specialists in Los Angeles.

A friend and colleague spoke of Fair’s “quick wit and million-dollar smile. He had the ability to gain control of a room within seconds with his strong baritone voice.” Alternatively, he loved to tell jokes and had the gift of excellent timing. Because he laughed as enthusiastically on the last telling of a story or joke as on the first, his audiences never failed to laugh with him.

Regardless of his location, his employment or his title, Louis participated in community service activities all his adult life. He had a special commitment to mentoring Black boys and men, serving as a volunteer with The Boys Club of Gary, and later as a member of 100 Black Men in Savannah.

Dr. Fair was first ordained as a deacon in 1987 at King Baptist Church in Denver. He served as a Deacon continuously thereafter in the churches where he and his wife enjoyed membership. He would typically design and teach a Sunday School class for teenagers in the congregation.

In the November/December 2018 issue of Savannah Magazine Louis was featured in an article titled “Retirees Give Back”. Asked about his role with 100 Black Men in Savannah, he cited the international organization’s succinct vision: “What they see is what they will be” to explain the power of mentoring.

The interviewer asked, “Why volunteer”? “He answered “I believe all of us have an obligation to find out what the Lord wants us to do here on Earth. My calling was to help people and to fill a void.”

In Savannah he volunteered with the Meals on Wheels Program and delivered fresh and frozen meals to his senior citizen “clients” twice a week for fourteen years. Their relationships became the deepest and most rewarding expression of his mission “to help people and to serve a void”. His “clients” enriched his life.

To order memorial trees or send flowers to the family in memory of Dr. Louis Fair, Jr., please visit our flower store.